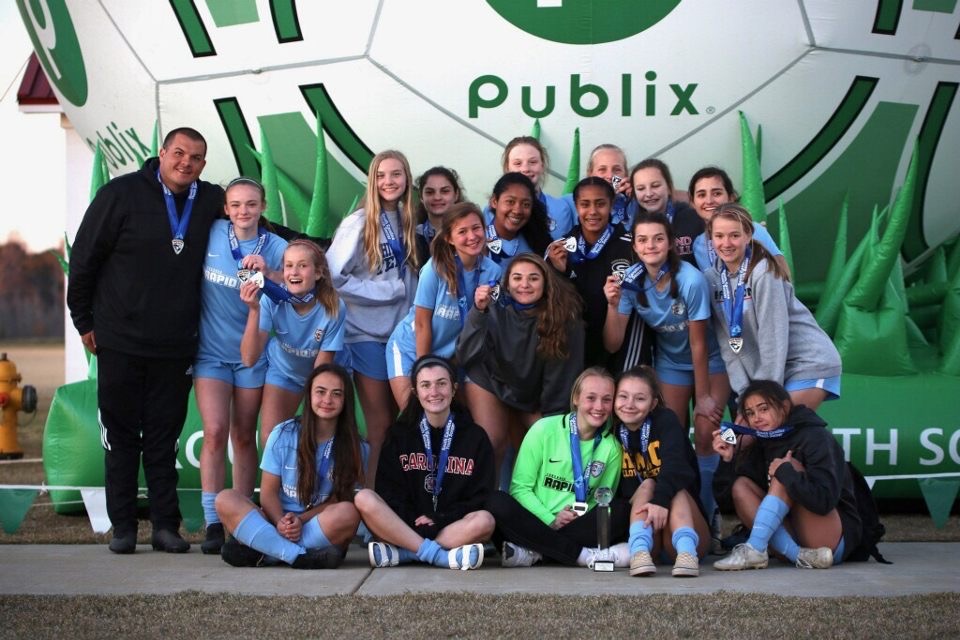 Congratulations to Coach Eric Navarro's Maroon 03 team which captured the SCYS Presidents Cup December 7-8 at Florence, SC. The team won all four contests in the tournament by 1-0 margins and defeated sister-squad CRFC Sky 03 in the Final. The team will advance to represent South Carolina at the 2020 USYS Southern Presidents Cup in Dallas, TX June 9-14.

The 2020 US Youth Soccer Southern Presidents Cup Presented by Chipotle takes place June 9-14  in Dallas, Texas. The event will feature Boys and Girls teams in the 13U through 18U age groups who will compete for a regional championship and a spot at the 2020 US Youth Soccer National Presidents Cup Presented by Chipotle, July 18-12 in Las Vegas, Nevada.